In April 2015 UCMed has nominated the new Advisory Board (3 year mandate), which is composed as follows:

Barbara Manachini (food farming & research). Barbara Manachini was nominated by EFSA (European Food Safety Authority) member of the GMO panel and ad- hoc expert in the pesticides  (plant protection products).  Senior researcher and attended professor in Agricultural Entomology University of Palermo (2001-2007 at the University of Milan). Author and co-author of more than 150 published contributions. Co-inventor of 2 patents on natural insecticidal products. National Scientific Qualification for Associated University Professor. Evaluator for European Project (FP7 and Horizon 2020). In the Management Committee of the COST Action 862. Evaluator of National and International Project proposals. Professor of courses in the areas of entomology, ecology, biodiversity and conservation of cultural heritage.  She is also expert in didactics and divulgation of science. She has edited the project “For a culture of Rice” exhibition promoted also in UN-FAO for the International Year of the Rice.

Carla Riganti (health & hygiene). Carla Riganti is a MD and a medical manager at “Federico II University Hospital” in Naples; she is specialized in hygiene and medical prevention.  She was already a member of the previous UCMed Advisory Board .

Vittorio Castellani (world food culture). Vittorio Castellani, aka Chef Kumalé, is an Italian food journalist, consultant and food events organizer, specialized in non-Italian food. In 2014 he has been nominated in the Basque Culinary Center  Board of Experts on Food Tourism. He was the co-presenter of the famous RAI 1 world food TV programme “La Prova del Cuoco” from (2004 to 2006). He is the founder and editor of the food website Il Gastronomade and is a guest food writer for many specialized magazines. He makes regular appearances on TV (RAI 1, RAI 3, National Geografic) and on radio.

He has been the manager of Capri Grand Hotel Quisisana for 12 years.

Franco Luise (catering & management). Franco Luise is an executive chef and a writer, who has worked at top responsibility level in some of the hospitality “temples”, such as the Venice “Gritti Palace”, the St. Moritz “Palace”, the Ravello “Caruso”, the Jerusalem Waldorf Astoria. He is the inspired author of many books, including “Cuoco senza stelle – Starless chef”.

Pietro Parisi (catering & food culture). Chef Pietro Parisi was a young pupil at the court of some of the world greatest chefs(including Alain Ducasse and Gualtiero Marchesi). He decide to move back to his home town and he is now known as the “Farmer Chef”, owner and manager of  the  “Era Ora” restaurant  and “Nannina – deli-tavern” in Palma Campania and Burger Italy in Napoli. He’s  very often invited as the guest star at in Tv programs where he strives for his values, such as the support to local producers,  seasonal food, zero food waste.

Antonio Sansotta (school & education). Antonio Sansotta is the principal of a large public school in province of Rome. He’s a former teacher of biology, he holds a Ph.D in evolutionist biology at Roma University “La Sapeinza”. He’s also specialized in marine food production, and he has worked for over six years for the Italian National Research Center  (CNR) in ecology and genetics. 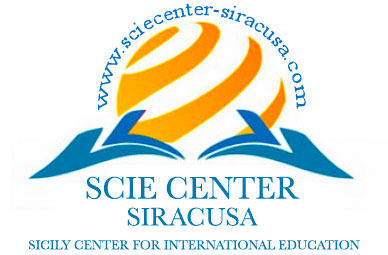